FEATURE: As Banks Retreat From Commodity Trade Finance, Who Will Fund the Bunker Industry Now? 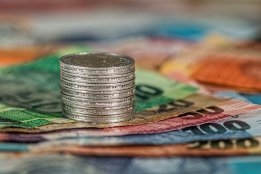 The amount of credit the bunker industry currently relies upon may not always be available. File Image / Pixabay

The retreat of several large banks from commodity trade finance this summer is a worrying sign for the bunker supply chain, coming at a time when financial pressures are already acute for much of the industry.

The bunker industry runs on credit, and a shrinking pool of lenders willing to provide liquidity to its operations could threaten the health of the industry as a whole.

Their exit might just stoke the fears of other banks - where nerves are already frayed.

"Normally if someone steps out of a business sector, someone else with a different risk appetite will step in to fill the gap," Paul Millar, group credit manager at Bomin Group, told Ship & Bunker last week.

"Maybe that will happen to some extent.

"But I fear their exit might just stoke the fears of other banks - where nerves are already frayed."

What could be particularly unnerving for marine fuel suppliers is that the stability of companies close to the bunker industry was part of what prompted lenders to withdraw from commodity trade finance in some of these cases.

The financial troubles of Hin Leong Trading -- owners of Ocean Bunkering, historically one of Singapore's largest marine fuel suppliers -- as well as the demise of bunker supplier Inter-Pacific Petroleum Pte, were cited as part of Societe Generale's reasoning for shuttering its Singapore commodity trade finance unit.

And the more recent problems at GP Global are said in part to have been behind BNP Paribas's halt on new trades in this area, according to Bloomberg and Ship & Bunker sources.

One marine fuels credit manager contacted by Ship & Bunker suggested the bunker industry may not be the target of the banks' concerns.

"It could be very annoying," the credit manager said last week.

"Luckily our banks are so far still in.

"But at the same time, maybe they are mostly scared of the big cargo trades rather than retail bunkers."

A second credit manager said that while a similar process had happened in the past with shipping, with new entrants subsequently making up the shortfall, it is less certain that the same would happen in the case of lending to the bunker industry.

"It happened with shipping too -- with increased regulation and greater capital requirements to support to high-risk/cyclical sectors such as shipping, European banks cut their exposure massively," the credit manager said.

"The gap was largely filled by the Chinese banks, but they did that to support their shipyards, too.

"Whether that will happen here, too, is anyone's guess -- I have my doubts."

Adrian Tolson, director of consultancy BLUE Insight, said new money would find its way towards the bunker industry, but it might come with different strings attached.

"Investors can find very little return now on cash, unless you put it to work in the stock market, and this means bunker receivable financing providing working capital liquidity at relatively higher interest rates will be available," Tolson told Ship & Bunker Thursday.

"The exit of major commodity banks means higher finance costs, not disappearing finance -- it will make the bunker transaction more costly, and of course it will put pressure on customers to pay bills earlier."

For bunker industry body IBIA, that possibility of the retreat of some banks from commodity trade finance driving up costs for the industry is a significant worry.

There are still several banks that offer credit facilities to our sector.

"Credit is so integral to the bunker industry and access to credit is crucial for trading bunkers, so a reduction in the number of financial institutions that are offering it is a concern," Unni Einemo, director of IBIA, told Ship & Bunker Monday.

"We don't know the extent to which our members are relying on the banks that have announced they will be getting out of commodity trade finance, but there are still several banks that offer credit facilities to our sector.

"However, with less competition and liquidity available to fund credit in the bunker sector, we might see more scrutiny by those financial institutions that do.

"It could cause the cost of credit to increase, which will have an impact on all parties in the supply chain."

The banks retreating from commodity trade finance do appear to have some relationship with some of the bunker industry -- BNP Paribas and Societe Generale have been cited as lenders to some of the world's largest marine fuel suppliers in the past, for example -- but there is no suggestion that any of these companies have yet been adversely affected by the change.

In fact, larger companies like these may even see some benefit, one credit manager told Ship & Bunker.

"The availability of financing will be limited to the big and established players only, reducing competition for them," the credit manager said.

"Volumes will drive up for the big boys, and margins will improve for them -- but some will be offset by higher financing costs as the pool of banks offering finance will reduce.

DNV's latest data show the global gas-powered fleet now consists of 198 ships, with a further 106 on order and another 142 vessels labelled 'LNG-ready'.

The new hire will start work in August.