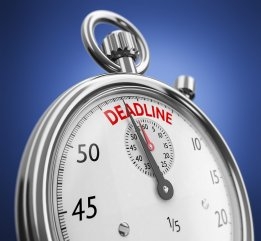 Industry players and regulators might want to think again about the January 1,2020 deadline for the 0.5% sulfur cap on bunker fuel.

If they don't, argues energy and commodities consultant Philip K Verleger, the price of a barrel of crude oil could more than double.

Verler's opinions, published in Bloomberg view, hinges on the lack of sufficient low sulfur fuel oil to be ready in time for the changeover.

"There are too few sophisticated plants that can make the required marine gasoil without also churning out noncompliant fuel oil as a byproduct," he said.

That could lift crude oil prices to $150 per barrel, from about $60 today

To meet aggregate compliant fuel oil demand from shipping would require, he reckons, an additional 25 cokers -- processing units that upgrade residual products from oil distillation. If ordered today, they might be ready in 2022, he said.

All this is likely to lead to a spike, in the price of oil products and, subsequently, the cost of crude oil itself.

"If the 0.5% limit is not postponed and goes into effect 21 months from now, the price of shipping fuel could increase by as much as 30%," says Verleger.

"Something similar happened a decade ago, when a European Union mandate for low-sulfur diesel fuel coincided with an unexpected decrease in the supply of crude needed to produce it: In 18 months, diesel prices rose to $4.60 a gallon, from $2.50, and crude prices went up to nearly $145 per barrel, from $55."

The consultant joins others making similar points if coming to different conclusions.

That insufficient bunker fuel will cause price volatility in the short term post 2020 is more or less a given; however, the longer term impact remains uncertain.

An excess of fuel oil, and falling prices, could see an uptick in scrubber demand, is one argument, while the appearance of blended fuels and new compliant low sulfur grades in the market could step into the breach, is another.

Meanwhile, shipowners and operators are still mulling their options as the wait-and-see approach holds sway.

Oil from the spill reached the coast of Misawa City on Friday morning local time.