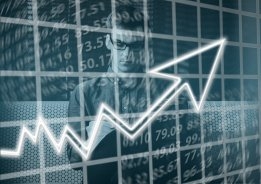 The IMO 2020 transition may have led to significant profits for some bunker suppliers in the first quarter despite the start of the COVID-19 pandemic. File Image / Pixabay

New bunker supplier TFG Marine appears to have made a profit of $4 million in the first quarter of this year, according to data from one of its shareholders.

In an earnings statement released this week, shipping company Golden Ocean reported its share of TFG's estiimated profit for the first quarter was $400,000. Golden Ocean holds a 10% stake in the company.

For comparison, US-based World Fuel Services made a gross profit of $59.3 million from its marine division in the first quarter.

That amounted to a gross profit margin of about $12.10/mt on its marine fuel sales. If TFG Marine achieved similarly high margins, its sales for the period would be about 330,000 mt.

A spokeswoman for TFG Marine declined to comment on its earnings when contacted by Ship & Bunker Wednesday.

TFG won its licence to operate as a physical supplier in April, and said it would start operations there from early this month.

The company plans to announce 'further developments' in its physical supply footprint in Asia, Europe and the Americas, it said at the time.