IMO2020: Lack of Enforcement Does Not Change Requirement for Compliance 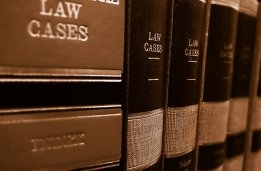 Vessels flagged with MARPOL Annex VI signatory sates need to comply with the upcoming IMO 2020 rule at all times, even when they are operating in waters where the IMO 2020 rule is not being enforced, sulfur regs enforcement lobby Trident Alliance (TA) has stressed.

This is the case whether they are in the waters of a non-signatory state or those of a signatory state that is not, or can not, enforce the new rules.

"The Trident Alliance wishes to stress that the lack or failure of enforcement does not mean ships do not have to comply," the group says.

"If a ship exceeds the sulphur limits in such areas it can still be held liable for having been in breach of the limit by another State at a later time."

In particular, TA says that:

Until recently most non-enforcement scenarios have been focused on non-signatory states, but recent events have raised the prospect of a state effectively exempting its domestically flagged and operated fleet though non-enforcement.

TA says that even if this were to happen, affected vessels would still have an obligation to comply with IMO2020.

"For the shipping industry we believe it’s important to convey that a lack of enforcement does not mean a ship does not have to comply," it says.

In addition, TA stresses that signatory states have a legal obligation to enforce the regulations and there is no option to "opt out" of enforcement in specific areas, for certain segments of the market, or otherwise.

Further, TA says that shipowners and operators need to recognise that compliance is not only a matter between themselves and the authorities, but also frequently a requirement for many other operational requirements such as commercial contracts, bank covenants, and insurance policies.

"The Trident Alliance encourages industry stakeholders, such as lenders, insurers and investors, to convey to shipping companies their awareness of and interest in IMO sulphur 2020, and to emphasise that nothing other than full compliance will be accepted.  To do so would be in their enlightened self-interest," it says.

TA's comments came alongside the release of a new Legal Brief looking at the legal aspects of a State opting not to adequately enforce MARPOL Annex VI in waters under its jurisdiction, and the legal position of ships that do not comply with Annex VI in waters where it is not being enforced.

Further information on the Brief can be found here: http://www.tridentalliance.org/news/2019/8/16/countdown-to-imo-sulphur-2020-states-and-shipowners-must-stay-the-course

Chong Jia Chyuan has been appointed as port master as of November 1.

The referral would have delayed the case by several months.