Feature: Fresh Signs of a Soft Start to IMO2020, But is it Really Possible? 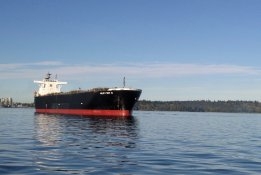 Last week there were fresh signs there will be a soft start to IMO2020, the new global 0.50% sulfur cap on marine fuel that comes into force from January 1, 2020.

In such a scenario, the new rules would officially come into force as planned but in practice there would be a level of state permitted noncompliance. While the framework of IMO2020 no longer allows for a "hard delay" to occur - that is, for IMO to make a wholesale change to the January 1, 2020 start date for all members - there are various ways for such a "soft delay" to occur.

This would be highly undesirable on many fronts, and ever since IMO made its decision to lower the sulfur cap there have been repeated calls to ensure there is a level playing among all players once the new rule comes into force.

What was said exactly?

Speaking at a recent industry industry event, Shipping minister Mansukh L Mandaviya said: “India is committed to comply with the IMO's decision to reduce the sulphur content in the shipping fuel. But we need to ascertain whether India was part of this decision making.”

An official with the Indonesian Ministry of Transportation then said the country will not enforce the upcoming IMO2020 rule for its domestic fleet operating within territorial waters as the cost of compliant fuel will be too high and this will effect the logistics costs and prices of goods.

This exemption will be in place until the domestic supply of low-sulfur fuels improves.

"We always put forward national interest as consideration in making the decision,” the official added.

This exemption does not extend to Indonesian flagged vessels plying international routes who would still be expected to comply with the new rules.

What are the rules, and who do they apply to?

The new rule states that from January 1, 2020 no vessel can burn marine fuel with a sulfur content higher than 0.50% unless it is operating with an exhaust gas cleaning system (scrubber) that enables it to achieve an equivalent level of compliance.

There are 91 signatory nations of MARPOL Annex VI, all of which are expected to enforce the new rules

In addition, from March 1, 2020 no vessel is permitted to have marine fuel onboard that has a a sulfur content higher than 0.50% unless that vessel is fitted with a scrubber enabling it to achieve an equivalent method of compliance.

There are 91 signatory nations of MARPOL Annex VI, all of which are expected to enforce the new rules within their territorial waters, while vessels flagged by those states are also expected to be in compliance.

India and Indonesia are among those signatories.

There are so few exceptions to the rules, such as certain cases for special research, that the rules effectively apply to all vessels from January 1, 2020.

A hard delay would involve IMO postponing the start of IMO2020 for all vessels. In previous years there was talk of this perhaps happening but IMO has repeatedly said there is zero chance of such a delay. The workings of the IMO are such that it is now too late for such a delay to be made. Even if it was not, such a move is viewed as so politically undesirable it seems there would be zero interest in doing so.

How can a soft delay happen?

MARPOL Annex VI signatories are expected to comply and enforce the new cap and IMO have issued various guidelines for this. However, each member state is responsible for setting its own penalties and is responsible for its own enforcement regime.

This leads to multiple situations where the new rules could be in effect in principal, but not in practice.

Looking sepcifically at Indonesia's situation: Indonesian flagged vessels sailing in domestic waters are only ever subject to enforcement by Indonesian authorities. Authorities could therefore simply "turn a blind eye" and choose to not check domestic vessels.

Even if it did check vessels and find them to be in noncompliance, Indonesian authorities could also set penalties that are so low as to be meaningless.

The same applies to all member states that are signatories to MARPOL Annex VI. There could also be situations where a nation has not yet transcribed the new sulfur rules into local law, meaning that even if it was checking vessels and had meaningful fines it could not follow through with applying the penalties.

How significant is the current situation?

It is not immediately clear how many vessels would be included in Indonesia's exemption but in itself seems unlikely to have any meaningful impact on the global goals of IMO2020. The large majority of bunker fuel is burned by large vessels plying international routes.

But it could prompt other nations to follow suit if they feel it puts Indonesia at an unfair economic advantage, which is turn could lead to a patchwork of nations with unwritten enforcement policies. If nothing else, this would be confusing for shipowners and embarrassing for IMO.