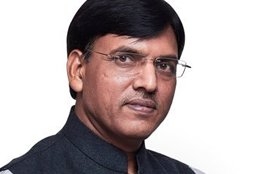 Officials in India say the country is committed to complying with the impending global 0.50% sulfur cap on marine fuel, but appear to have questioned the country's role in the decision making process for the new rules.

"As a stakeholder and government, India is committed to comply with the IMO's decision to reduce the sulphur content in the shipping fuel. But we need to ascertain whether India was part of this decision making," Shipping minister Mansukh L Mandaviya said at a recent industry event organized by The Federation of Indian Chambers of Commerce and Industry (FICCI).

Mandaviya added that the country wanted to have a greater voice at the IMO and that its role at policy making level "has to be significant."

"We are an important stakeholder in this space and therefore need to play a proactive role. This time I will personally like to participate at the IMO deliberations," he said during FICCI's Fueling the Maritime Sector: IMO 2020 and Beyond event.

The minister also urged his country to adopt new technologies so its maritime sector is "compliant with global norms" as well as making a call to boost the number of people employed in the industry.

The new global 0.50% sulfur cap comes into force from January 1, 2020. All signatories to MARPOL Annex VI - of which India is one - are obliged to enforce the new rules.