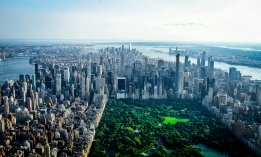 Cihan Birdogdu has joined ClearLynx as strategic account executive in New York as of this month, according to an update to his LinkedIn profile on Tuesday.

Birdogdu was previously a bunker trader and broker for KPI OceanConnect, most recently in New Jersey and before that in Istanbul. He had earlier worked as an import sales specialist for container shipping firm MSC.

At the start of this year Maersk Tankers spin-off ZeroNorth announced it had bought ClearLynx for an undisclosed sum. The firm is aiming to integrate ClearLynx's platform into its own to create an integrated end-to-end solution for bunker fuel optimisation, from initial enquiry through to supply, it said at the time.

China to Ease Port Congestion in Wake of Shanghai Lockdown

Goverment to help with shipping costs and improve port operations, according to vice commerce minister.

Meanwhile, existing bans are having little impact against the former Soviet Union.

The company is looking for candidates with experience in an analytical role in a relevant industry.