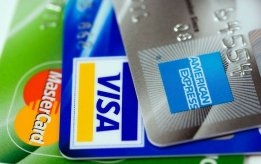 Credit may be harder to come by for some companies in future. File Image / Pixabay

The bunker industry should expect a worsening impact of the COVID-19 pandemic on credit availability and the financial stability of counterparties, according to one of its most senior executives.

Henrik Zederkof, senior director of Bunker Holding and the new chairman of IBIA, told a Ship & Bunker webinar last week that credit was becoming more scarce since the recent instability in Singapore.

"The corona crisis impact has yet to see its full power -- the long-term financial impact of that will be significant," he said.

"The risk both on the supplier and customer side is more important than ever."

Bunker Holding has reevaluated all of its credit lines in the wake of the recent crisis.

"We have adjusted them to what we believe is the risk today," Zederkof said.

"We do it on a best estimate, and perhaps also on a 'better safe than sorry' estimate."

A 'series of failures' in the bunker industry since 2014 has left it less attractive to lenders, he added.

"Credit will continue to move away from bunkering if they can, if they're not caught in it," he said.

That dynamic will work in favour of 'well-consolidated' companies, he argued.

"The barriers for small operators and small suppliers and traders have just increased significantly, because the banks are not willing to invest in our marine sector to the same degree today as they were in the past.

"More consolidation is expected; I believe we have already seen signals on that, and I expect more will come."