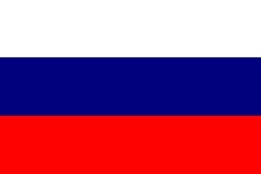 Russian product is taking up a declining share of the fuel oil market in Europe. File Image / Pixabay

The company, formerly known as Platts, will exclude Russian-origin material from the cargo and barge assessments in Northwest Europe and the Mediterranean as of September 1, it said in a note on its website on Monday. The methodology for delivered bunker assessments will remain unchanged for now.

"Feedback gathered from the market, as well as observed market activity in recent weeks, has shown the majority of the market share in the 1%S fuel oil and 0.5%S marine fuel European markets as being non-Russian origin," the company said in the note.

"In recent months, Platts has observed that an increasing number of market participants have been restricting material from Russia, in part or entirely, in their spot fuel oil trading activity.

"In addition, the EU's oil embargo on Russia will take a heavy toll on Europe's oil supply and fuel flows and will increase Europe's dependency on alternative sources of supply to meet residual fuel oil demand within the region.

"Although Russian product continues to flow to the European market for certain fuel oil grades, Platts understands that it is not trading on the same basis as product from other origins in the spot market, and that there is a difference in value between Russian and non-Russian product."