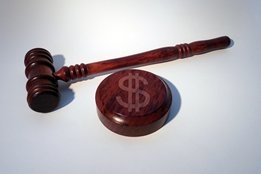 A survey by Standard Club of how seven nations will enforce the upcoming IMO2020 rule suggests shipowners can expect a huge variance in penalties for non-compliance among different states.

In contrast, Norway says it estimates its maximum fine at $27,800, although it could be higher depending on the degree of negligence and/or guilt.

In all, Standard Club says it spoke to representatives in Brazil, China, Denmark, Norway, Panama, Spain and Sweden, and all but Panama and Sweden were able to estimate the potential value of fines as follows (converted to USD from the amounts given in local currency):

Panama says it will calculate fines based on the perceived seriousness of the violation, but that it was impossible to say what this would be as to date no fines have been issued.

Sweden says the estimated value of fines is still under discussion.

There is also variance in whether fines can be appealed. Panama, for instance, says generally they can not, whereas other nations said they were - although both Spain and China said such appeals are unlikely to be successful.

The full survey can be read here: https://www.standard-club.com/risk-management/knowledge-centre/news-and-commentary/2019/12/article-sulphur-2020-compendium-how-are-individual-port-states-expected-to-react.aspx