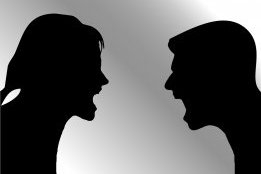 Arguments over the future of marine fuels are only going to get more bitter over time. Image Credit: File Image / Pixabay

As the shipping and bunker industries' discussions about how best to address marine fuel emissions become more mainstream, participants in these debates are starting to use more emotive language to target a wider audience.

The organisation is lobbying for a ban on the use of VLSFO in the Arctic, and a global ban on the use of aromatic VLSFO blends with high black carbon emissions, as well as questioning the motives of anyone who knew about the emissions impact of these blends but chose not to voice concerns.

As Natalie Bruckner-Menchelli of Go Media Consultants pointed out for Ship & Bunker this week, there's a clear technical case to be made against the use of these aromatic blends.

The use of emotive language in Monday's press release and its prosecutorial attitude towards industry bodies reads less like an attempt to raise these technical questions or influence International Maritime Organization delegates than a bid for the attention of the general public.

But the use of emotive language in Monday's press release and its prosecutorial attitude towards industry bodies reads less like an attempt to raise these technical questions or influence International Maritime Organization delegates than a bid for the attention of the general public.

If you're aiming to get a general audience interested in your cause, pithy phrases and denunciations get you a lot further than technical explanations -- and proponents of the various marine fuel technologies on offer need to get used to these lines of attack.

The problem is already a familiar one for the scrubber industry.

The fight over the environmental impact of open-loop scrubber models has been going on for more than two years now, and both sides of the argument claim to have scientific evidence to support their case.

But the main battlefield is not in the academic discussion between microbiologists, but in whether the general public can be persuaded to take an instinctive dislike to scrubbers.

So far, things appear to be going the way of the emissions-cleaning systems' opponents.

The argument that open-loop scrubbers simply take pollution from the air and deposit it in the sea -- which those on the other side would call an oversimplification -- has become commonplace at industry events, and is frequently cited by port authorities banning the use of the systems.

Others have gone further in aiming opprobrium at the scrubber industry.

An amendment proposed to the Australian Senate in December using similar language was only narrowly defeated.

Calling shipowners with scrubbers cheats is not remotely fair, given that the use of scrubbers is enshrined in IMO regulations and widely seen as legitimate -- but it could be effective.

Open-loop scrubber bans are spreading -- although owners with scrubber-equipped tonnage appear comfortable and dismiss the idea of any financial impact -- and a move to ban them more widely at the level of international bodies like the European Union would be a significant blow.

The officials contemplating these bans will partly be interested by the scientific evidence on each side, but a strong instinctive reaction from the general public would be more likely to sway their minds.

While the black carbon debate is unlikely to gain much public attention for now, and the open-loop scrubber skirmishes are likely to fade away as high sulfur fuel oil supplies diminish, the fight over alternative bunker fuels in the 2020s is almost guaranteed to get dirty.

Some will be seeking to water down the IMO's initial strategy on greenhouse gas (GHG) emissions in the run-up to 2023, and others to toughen it.

The energy majors running the LNG industry will put significant marketing funds behind cementing its current position as frontrunner among the alternative bunker fuels.

LNG's detractors, meanwhile, will want to frame LNG bunkering as a distraction and just another fossil fuel that can't solve shipping's GHG problem.

And the proponents of every other solution -- hydrogen, ammonia, methanol, batteries, solar, wind and others -- will be clamouring to make their voices heard in a crowded market.

Each of these factions will want to do as much damage as possible to the reputations of the others, and a communications strategy based on technical detail alone is unlikely to prove effective.

As climate change rises up the political agenda, and the likes of Greta Thunberg and Extinction Rebellion get more coverage in the media, those who can put their message across outside the specialist press in the simplest possible terms will see the biggest results.

Anyone looking to take their share of the future bunker market will need to learn to talk less like a scientist and more like a politician.

Minimum 10 years of experience at a bunkering organization with involvement in bunkering financing and others bunker business peculiarities.

Congestion at the ports of Los Angeles and Long Beach is starting to shift to the US Gulf and East Coast, Monjasa's Rasmus Jacobsen tells Ship & Bunker.