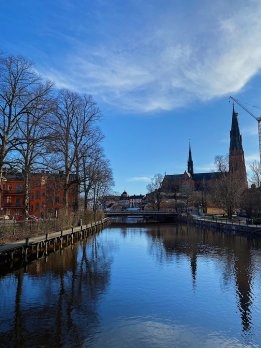 Prime Lake is based in Uppsala, Sweden. File Image / Pixabay

Technology company Prime Lake Technology Sweden has successfully tested a system that treats washwater from open-loop scrubbers, potentially allowing these systems to be used where they are currently not permitted.

The company's system has been tested by ALS Scandinavia as significantly reducing pollutants in washwater from scrubbers, and Prime Lake is now planning a seaborne trial with one of Europe's largest shipowners, the firm said in a statement on its website last week.

"Although further tests are required for optimisation, it is safe to say that our Electro-Aeration solution transforms the wastewater from open loop scrubbers into a 'product' that can be discharged with minimal impact on the marine environment, falling well within acceptable limit," Victor Chang, the company's CEO, said in the statement.

Several port authorities over the past year have brought in bans on the discharge of washwater from open-loop scrubbers within their waters.

The bans are not a significant financial problem for the owners of scrubber-equipped tonnage as they still cover a small section of the world, but some operational complexity is added by the need to carry sufficient 0.50% sulfur fuel for areas where the use of scrubbers is not permitted.