GP Global to Creditors: Give Us 3-6 Months to Sell Assets and Restructure 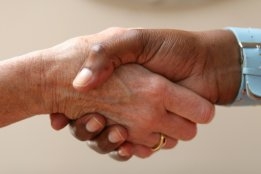 The company is seeking to make a deal with its creditors in the next four weeks. File Image / Pixabay

UAE-based oil trading company GP Global is seeking to make a deal with its creditors in the coming weeks to give the firm three to six months to sell assets and put itself on a firmer footing, according to a copy of an internal report seen by Ship & Bunker.

The company has submitted a restructuring plan to its key stakeholders, a GP Global spokesperson said Friday.

"It is in the creditors' best interest to allow GP Global to undertake a complete business restructuring exercise and not opt to liquidate," the spokesperson said.

Over the next four weeks the company will seek to come to a restructuring agreement with its creditors, according to the report. As part of that agreement it is hoped the creditors "will refrain from taking any enforcement action for an interim period of between 3 and 6 months."

"Agreements will also provide that existing freezing order injunctions and attachments will be withdrawn," the company said in the report.

Investors have indicated a high level of interest in GP in its totality.

The founders of the company, the Goel family, have agreed to sell some of the firm's assets in India to pay $65 million into the company within the next three years, and to transfer $1.7-8.8 million of personal real estate properties to the company.

The proposed agreement would aim to make interim repayments to creditors "as and when funds permit during the course of the restructuring."

If the company did not dispose of assets by pre-agreed dates or make pre-agreed payments to creditors, the creditors would be able to exit the proposed restructuring agreement and take enforcement actions against the company.

The company has already started to put assets up for sale, including its Fujairah and Hamriyah storage terminals, and is seeking final bids by October 23, according to the report.

"Investors have indicated a high level of interest in GP in its totality or in a collection of its strategic assets, which are currently doing a decent amount of business," the GP Global spokesperson said.

"Operations at the two storage terminals are running at full capacity and those in Africa are performing well."

The restructuring process at GP Global has come after an announcement in July by its legal representatives that it had uncovered fraud by some of its employees in the UAE, and that criminal complains had been filed against some of them in Fujairah and Sharjah,

The company's bunkering operations have since been brought to a standstill while the restructuring process is carried out.

The number of LNG bunker barges is set to more than double to 33 over the next two years.