No Time Left to Install a Scrubber Ahead of IMO2020 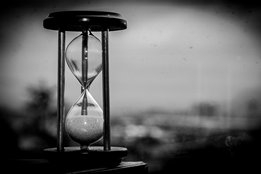 Time up for scrubber installs ahead of IMO2020. File Image / Pixabay

There is no longer any time left to install a scrubber on vessels in time for the start of IMO2020, says Nick Confuorto, president and chief operations officer for CR Ocean Engineering and chairman of the Exhaust Gas Cleaning Systems Association (EGSA).

"Large corporations have been putting scrubbers in place to be ahead of the legislation. All industrial sectors operate in a competitive environment so, like businesses the world over, many shipping companies are delaying making a decision for as long as possible, however the reality is that the decision has already been made for them," he says.

"There isn't now time to fit a scrubber for January, so about ninety per cent of all marine vessels, all those without a scrubber, will have to buy the new lower sulphur fuels at whatever price it is come January."

How many owners want to install scrubbers is an entirely separate question, with unknown cost savings and legislative pushback currently the two main barriers to adoption.

In terms of cost, operators have historically looked to use scrubbers for emissions control area (ECA) compliance where the cost of 0.10% compliant fuel is known.

This is not the case for potential IMO2020 savings as currently there is near-nonexistent demand for the new products, and therefore no pricing so the spread between HSFO and 0.50%S VLSFO is currently unknown.

"Using lower sulphur fuels, or heavy fuels but with a scrubber in place, both represent a dramatic step change, and the question of what price ship owners will pay for this improvement if they chose not to deploy a scrubber solution won't be known until January 2020," says Confuorto.

As for legislative pushback, there have been a number of calls to ban open-loop scrubbers and indeed both Singapore and Fujairah - two of the world's biggest bunking ports by volume - recently made headlines by announcing bans on the use of the technology within their waters.

But those who have invested in scrubbers say it is a non-issue as any such local bans have already been factored into payback calculations.

Confuorto, whose comments come ahead of his presentation at the Maritime Week Americas conference, says it is "fake issue" that is being propagated to scare people away from scrubbers.

While such a view could be dismissed as self-serving, last month the UK Chamber of Shipping said the recent criticism of of open-loop scrubbers "seems to be based more on commercial pressures than on scientific evidence."

Integr8: Price Impacts on HSFO Already Well Underway; VLSFO & MGO Will be Next

Europe: Green Deal to Include Shipping

Series of initiatives on transport to come next year.