INSIGHT: Should We Really Be Expecting More Ports to Ban Open-Loop Scrubbers? 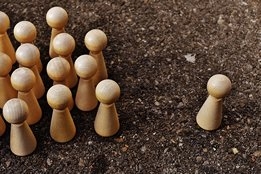 Is news this week of Fujairah's ban on open-loop scrubbers really a sign we've hit a tipping point and many more ports will now follow suit with similar restrictions?

There are some who want to believe it, but if that does happen, it is not be because some universally agreed science has emerged to support it.

Fujairah follows closely in the footsteps of Singapore which made a similar move last November. China, along with a number of other ports, also have bans in place or say they are considering them.

But so far, Singapore has said little publicly on how it arrived at its decision other than it is "to protect the marine environment and ensure that the port waters are clean". Fujairah has given absolutely no indication why it is banning them. But echoing the message of some environmental groups on the matter, the port of Waterford in Ireland said it made the move this year because "currently there is no assessment of the long term environmental impacts of the use of exhaust gas scrubbers" but there is concern over the potential for negative environmental impact.

So, if the bans do come, what will be driving them?

Being first with something is always hard, but once major players have taken a position it becomes a lot easier. With the matter now in public discussion, at this stage it is arguably less risky for ports to get on the bandwagon and put a ban in place than it is for them not too. And that is not just because of the perceived safety of following the herd.

If a port puts a ban in place and it turns out it wasn't needed, life would have been made a little difficult for a small part of the world fleet but the ban can easily be lifted.

But the opposite is true if a port does not put a discharge ban in place and it turns out to be wrong: If scrubber washwater is harmful to your particular marine environment then reversing that damage could be difficult or even impossible.

As an industry we should recognize the time and space is there to take a deep breath and look at the issue with level heads. We have nothing to gain by overreacting.

This desire to take a cautious approach may be even more compelling to those in Europe where the precautionary principle is written into EU environmental law. Here, some may even argue there is an obligation for member states to take pause until a scientific baseline on scrubbers' environmental performance has been agreed, and port states have opportunity to review their respective water quality standards.

What we should not expect is a global ban. At least, not any time soon.

If, say, action was taken at IMO level and equivalent methods of compliance to the sulfur cap were no longer permitted, shipowners who have already invested millions in scrubbers based on current guidelines would understandably feel very let down. IMO would also have plenty of explaining to do as to why this situation was not properly considered as part of the IMO2020 planning phase.

This is not to say it couldn't happen. But if it ever did, it could only be accepted if there was a body of scientific data to support it, and plenty of fair warning before it came into force. This would take some time, and presumably an amount of time longer than the payback period for current owners of open-loop scrubbers. Any ban after this point would at least be an easier pill for them to swallow.

It is also important to appreciate that there is no perfect solution to powering the world fleet and there is a cost to everything, including the increased production and use of cleaner burning fuels. If we accept that caution is needed because the science behind scrubbers' environmental impact is not adequately understood, we should be equally cautious about calls to ban them before their environmental benefits can be fully understood too.

And let's also not forget that despite some very bullish predictions for HSFO consumption post-2020, the fact remains that we are still looking at a very small number of vessels operating with scrubbers come 2020 - likely to be around 4% of the world fleet. Only a proportion of those will be open-loop.

We also still have over 11 months to go before the new sulfur cap comes into force.

"Developments over the last few months have left little doubt there is need for serious discussion on the subject. And while there are studies on the use of scrubbers it is important to see that this is not a black and white issue: Different regions have different needs and are exposed to different risks," says 20|20 Marine Energy's Adrian Tolson.

"Universally-accepted, solid scientific studies to address all those different concerns is currently lacking, but jumping to conclusions before the facts come in isn't helpful either. As an industry we should recognize the time and space is there to take a deep breath and look at the issue with level heads. We have nothing to gain by overreacting."

The new location will be Stabilis' fourth LNG supply point in the US Gulf Coast.

The company first announced plans to retrofit one of its 15,000 TEU boxships to run on LNG in 2018.