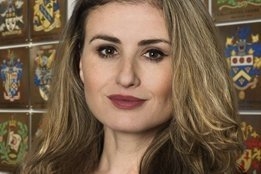 The UK Chamber of Shipping has questioned the motives behind recent criticism of scrubbers, and has joined those who say any changes to rules on using the technology needs to be based on science.

“The war on open-loop scrubbers … seems to be based more on commercial pressures than on scientific evidence,” says Policy Director Anna Ziou.

“The Chamber is reserving judgement. We support any review of wash discharge standards if necessary, but any review should be based on scientific evidence and done through IMO’s appropriate technical bodies.”

At the end of last year the technology came under a raft of public criticism over its environmental performance, and high-profile bans on open-loop scrubbing by Singapore and Fujairah fuelled media speculation of a possible global ban on the technology.

The situation prompted several firms who have invested in the technology to form pro-scrubber group Clean Shipping Alliance 2020 (CSA 2020) who joined those insisting that scrubbers are not harmful to the marine environment.

But with many of the vocal scrubber-sceptics also shipowners who have not invested in the technology, the debate is clouded by the fact both sides stand to gain commercially from their respective positions.

Further complicating matters is that both sides also believe they have the science to back their respective arguments, as was in full evidence at IMO's Sub-Committee on Pollution Prevention and Response (PPR 6) in February where one study was presented supporting calls for rules to be reviewed, and another that concluded using scrubbers and HFO was actually better for human health and the marine environment than simply burning IMO 2020 complaint 0.50%S fuels alone.

“At the end the day, choosing to run on compliant fuel or fit scrubbers is a commercial decision, especially given that bunkers are the largest operational expense for a ship,” says Ziou.

“Our job here at the UK Chamber is to ensure our members have all the necessary advice and guidance to be able to make the right commercial decisions, plan and then implement them.”