Scrubber Washwater is Not Harmful to the Sea, says CSA2020 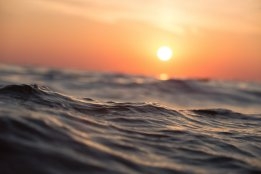 CSA2020 says scrubber washwater is not harmful to the sea. File Image / Pixabay

The comments came as part of the group's first move to promote scrubbers since forming last month, telling Ship & Bunker at the time it intends to use "actual experience, data, and science" to promote the technology.

And in a release that addressed what it says are some of today's top issues facing scrubbers, CSA2020 has wasted no time in tackling what is perhaps the key question mark over the use of the technology; its environmental credentials, and particularly, the impact of scrubber waste water on the sea.

A number of shipowners and industry stakeholders - including some scrubber manufacturers themselves - believe there is a possibility that open-loop scrubbing could be banned.

Capturing the mood last month of those against scrubbers was Nikolas Tsakos, President and CEO of tanker owner Tsakos Energy Navigation Ltd (TEN) and Chairman of INTERTANKO, who said: "We as INTERTANKO have been, and as owners have always been, very critical. It's like inventing a new drug that perhaps will kill one of the illnesses, but will kill the patient through another illness."

But CSA2020 today defended the practice, referencing findings from Nyman GBG Tokerud A. (1991): Seawater scrubbing removes SO2 from refinery flue gases, Oil and Gas Journal 89. 51-55: "Sulfur in the form of sulfate is the end product of the scrubbing process and is a naturally occurring constituent of seawater and therefore not harmful to the sea. The oceans are the Earth's natural reservoir of sulfur and play a key role in the sulfur cycle. Sulfur is one of the most common elements and is both biologically necessary and critical to many metabolic processes.

"To provide perspective, consider the following:  If all the sulfur in the oceans were accumulated at the bottom of the ocean the layer would be five feet thick; adding all the sulfur from all the oil and gas reserves in the world would add only the thickness of a sheet of paper. Compared with the quantity of sulfate existing in the oceans, the small amounts of sulfate contributed by exhaust gas scrubbing are insignificant and benign."

Addressing another key concern, the group referenced research from 2007 in saying that there is a negligible acidification effect on the sea from scrubbers, "even in semi-enclosed ocean areas with high traffic levels of scrubber-fitted ships."

Among its other comments today, the advocacy group said that scrubbers and compliant fuel "are equally acceptable and environmentally sound methods of compliance with the 2020 sulfur cap."