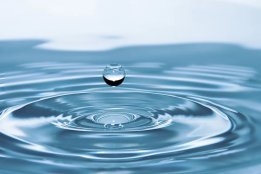 Hydrogen: it's out there. File Image / Pixabay.

Japanese shipping line NYK has made its ambitions for hydrogen as an alternative marine fuel clear by joining the Hydrogen Council.

The 92-member council is an industry-led group seeking to promote the use of hydrogen around the world.

"Through the activities of this council, NYK will work to build a hydrogen supply chain and promote decarbonisation through the conversion to alternative fuels to power ships," the company said.

The company will also seek to accurately grasp business opportunities related to hydrogen and become involved along the entire supply chain, it said.

NYK demonstrated an early interest in the alternative fuel when, with other players, it created the Advanced Hydrogen Energy Chain Association for Technology Development (AHEAD) in 2017.

NYK said that "climate change [is] one of the most important issues" and that it is "promoting the conversion to alternative fuels to aid marine-fuel decarbonization".

Hydrogen, along with ammonia and methanol, are all considered to have potential as possible bunker fuel substitutes for petroleum-derived fuel oil.