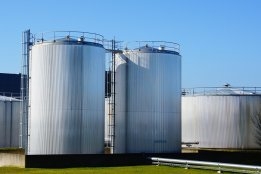 A gap in the post-2020 bunker market predicted by some to open up on the back of supply shortages could be filled by the major oil trading houses.

While scrubbers, or exhaust abatement equipment which extracts sulfur from ships' exhaust, have yet to make an impact on the bunker market, traders can see potential in refining.

"We're looking for opportunities ... to trade, to blend, to produce some of those [low sulfur] fuels," Glencore's global head of oil, Alex Beard, was quoted as saying by maritime news provider Tradewinds.

"Whether that's in storage tankage, or in small refining units, topping units to enable us to produce some of that fuel, those are opportunities that we're looking at."

At the same Reuters business event where Beard was speaking, other oil trading executives highlighted the prospect of increased volatility as the market attempts to factor in 'unknowns'.

"The big question is, obviously, if shipowners are going to equip their ships with scrubbers," Gunvor CEO Torbjorn Tornqvist was reported as saying.

"If everyone would equip their ships with scrubbers, there is absolutely no impact on refining. These are questions to which we just don't have the answers at this point," he said.

To date, the take up of scrubbing technology has been limited. Reported installations stand at 388 as shipowners seem unwilling to invest and still favour a 'wait-and-see approach' to the issue.

Minimum 10 years of experience at a bunkering organization with involvement in bunkering financing and others bunker business peculiarities.

The cylinder oil will be available later in 2022 and is designed for mark 9 and above 2-stroke engines.