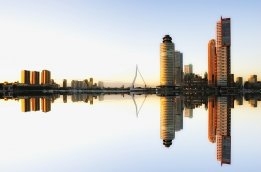 The Port of Rotterdam has witnessed another big jump in LNG bunker sales, the Port Authority's latest numbers show.

"These days, LNG bunkering in Rotterdam is business as usual. As well as Titan LNG, Shell and Anthony Veder have now also registered as LNG bunker specialists in the Rotterdam port," to Port says.

"The Port Authority is expecting to have ten suppliers within five years and a considerable increase in LNG bunkering."

Total sales of traditional bunkers at the port for 2018, excluding lubes, was 9.38 million m3.

In response to customer demand.

Restructuring adviser may recommend a deal as early as thing month.

The company's bunker sales dropped to 1.05 million mt in the first half.