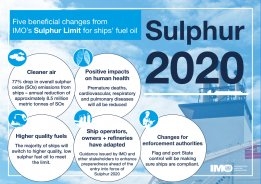 Ahead of the global switch toa lower limit on sulfur in bunker fuel, the International Maritime Organisation's secretary-general Kitack Lim has thanked industry player for their commitment and hard work.

"For the past three years, IMO member states, the shipping industry and fuel oil suppliers have been working tirelessly to prepare for this major change in the sulphur content of ships' fuel oil," Lim said.

"I am confident that the benefits will soon be felt and that implementation will be smooth," he added.

Lim said he was "very appreciative" of all the efforts made by players in preparing for the change "which will have significant positive benefits for human health and the environment".

The new limit on the sulfur content of bunker fuel -- dropping from 3.5% to 0.5% worldwide -- will mean a 77% drop in overall SOx emissions from ships, equivalent to an annual reduction of approximately 8.5 million metric tonnes of SOx. Particulate matter will also be reduced, the IMO said.

To support smooth implementation, the IMO secretariat has set up a dedicated hotline email address for any queries from member states and the shipping industry as the regulation comes into effect. 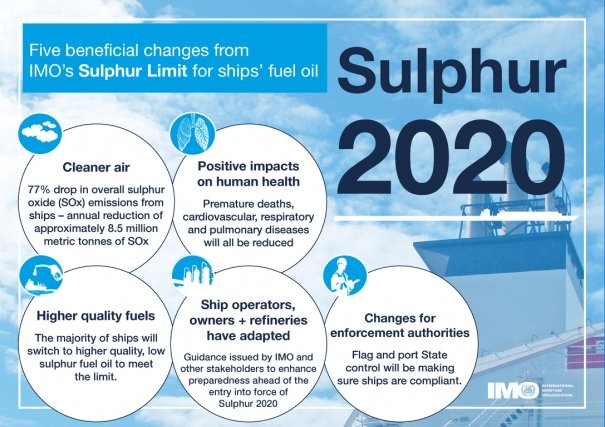 Meanwhile, OPEC forecasts an expansion of its global market share.