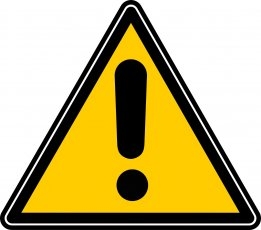 Safety is one of the main concerns around ammonia as a bunker fuel. File Image / PIxabay

Safety concerns may hold back the adoption of ammonia as an alternative marine fuel, according to Ardmore Shipping.

Mark Cameron, the firm's chief operating officer, told a webinar hosted by consultancies Houlder and E4tech on Wednesday that he was not yet convinced how safety around ammonia bunkering could be incorporated into vessel designs.

"At the moment I'm relatively uncomfortable with coming to terms with the safety aspect of ammonia," Cameron said.

"We heard a lot of language around ammonia-ready vessels, and based on the conversations I've had so far, I'm not entirely sure there's as much substance behind that as you might be led to believe sometimes, at least in terms of what the shipyards are putting forward as an ammonia-ready construct."

Drawing on the example of last summer's sinking of the bulker Wakashio and subsequent fuel spill, Cameron raised the question of whether a spill along those lines of ammonia bunkers could have been more damaging, and what vessel designs could be created to avoid that problem.

"Let's be honest -- when ships have accidents today, fuel does spill," he said.

The company is looking for candidates with two to four years of experience in shipping, commodities or marine fuels.

From January 1 2022 0.10% sulfr fuel rules expand from at-berth & anchorage to waters within the SECA.