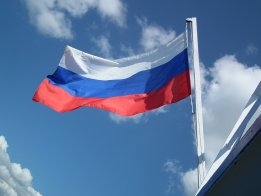 The data suggest some tankers are continuing to ship Russian oil while attempting to avoid being identified doing so. File Image / Pixabay

The company saw 33 shipments of Russia-affiliated oil, chemicals and refined products last week where AIS transmissions were not received, it said in an emailed note this week. The weekly average over the past year was 14.

The data suggest some tankers are continuing to ship Russian oil while attempting to avoid being identified doing so.

"Dark activity is one of the deceptive shipping practices (DSPs) that were specifically covered in the OFAC advisory published in May 2020 by the US Treasury Department," the company said in the note.

"It is the term used to describe a vessel operating while AIS transmissions are not received and, in some cases, are deliberately turned off by the vessel crew.

"Investigating if a vessel is engaged in DSP related to specific regimes is crucial to protect your business from dealing with sanctioned entities."

Ships are required to carry an AIS transponder under the International Maritime Organization's SOLAS Convention, but the systems are frequently turned off. Sometimes the transponders are disabled by ships passing through areas with pirates and other security risks, but the systems also appear to be abused on a regular basis by companies shipping crude out of countries with sanctions against them meant to prevent such trades.

Shipping industry body BIMCO is developing a charter party clause governing the proper use of AIS.

BUNKER JOBS: Credit Manager for Bunker Holding Group in the US

Based in either Houston, Stamford or Florida you will be accountable for the entire credit assessment process in the North- and South American time zone.