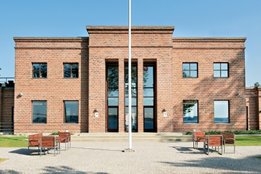 Dan-Bunkering says it should have written “delivery documents” and not “Bunker Delivery Receipt” in its response to allegations in the Danish press that the supplier violated European Union (EU) trade sanctions by selling jet fuel alleged to have found its way to Syria.

The clarification follows a press release earlier this week in which the bunker supplier strongly denied any wrongdoing in the matter.

As part fo the explanation, it said the captains on both ships sign a so-called "BDR" (Bunker Delivery Receipt) document to confirm the delivery.

"The destination of the ship appears from this legally binding document. None of the BDR documents related to the ships mentioned by DR stated ports in Syria as their destinations,” the company said.

However, Ship & Bunker readers were among those who noted that the transactions in question involved cargo rather than being a bunker delivery so it would not have needed a BDR.

DR, who were the outlet to break the story and level the allegations, today said it raised the BDR matter with Dan Bunkering who then responded with the clarification via email.

The news outlet says it remains unsatisfied with the response, quoting Trond Solvang, a professor at the Nordic Institute for Maritime Law at Oslo University, as saying the term “delivery documents” is unclear.

Meanwhile, experts forecast that demand next year will only be at 2017 levels.