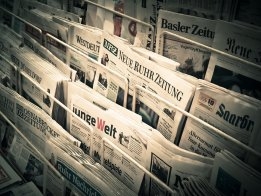 Danish bunker company Dan-Bunkering has become the subject of intense interest following a report in the Danish press saying that the company is under investigation in Denmark for breaking European Union (EU) trade sanctions.

According to Danish news channel DR, the case centres on a 30,000 metric tonne cargo of jet fuel that may have found its way to Syria in which the company may have had some involvement. Dan-Bunkering said that it is not in breach of EU rules, according to the report.

Danish police at Fyns (which is in the area where Dan-Bunkering is based) are handling the case, a fact confirmed to Ship and Bunker.

"We have received the case papers and we are looking into it," a police spokeswoman said.

A spokesperson for Dan-Bunkering could not be reached at the time of going to press.

Current EU sanctions in place against Syria state that the export of jet fuel and related financial assistance is prohibited.

Dan-Bunkering is part of the Bunker-Holding Group which forms part of United Shipping and Trading Company group of companies.