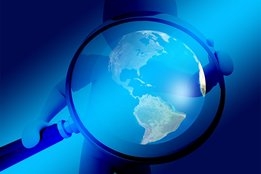 A ship broking source told Ship & Bunker Friday that MedMar had sent out a pro forma email informing that it was returning ships to their owners, while Tradewinds reported Tuesday that Greek and Scandinavian owners as well as "big chartering names" are among those that could be caught up in any fallout.

That same day, Medmar told Ship & Bunker that it was currently "working through some difficulties" and did not have plans to issue a statement giving further comment on the matter.

In addition, much of the information including contact details is no longer available on the company's website.

A note by credit reporting agency SeaCred Monday informed it had recently updated its assessment of MedMar.

The report, which has seen by Ship & Bunker, estimates the firm currently has bunker debts "well above $6 million and could be substantially higher."

"It looks to be turning into a real mess, and more than a few shipowners, including some well-known names, could also be caught up in any fallout," SeaCred founder Jason Silber told Ship & Bunker.