An Eighth of Total 2020 Bunker Demand from Non-Compliance: Argus 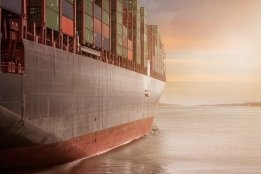 Vessels may consider non-compliance as an option (file image/pixabay)

Bunker demand in 2020 will be around 196 million metric tonnes (mt) while non-compliance with the 2020 0.5% sulfur rule would account for an eighth of that figure, according to London-based price reporting agency Petroleum Argus.

Marine gasoil, which many observers believe will be the first fuel choice of ship operators, would make up half of the overall figure. Fity-six million mt of mgo will be in the market while 45 million mt should become available by 2020 based on refinery investment plans, the agency said.

The non-compliance market share number would amount to 25 million mt although, according to Argus economist Alan Hayes, it may be more.

'It's a consenus number,' said Hayes, adding that, in his view, the figure would be higher.

The 190,000 DWT bulker will be equipped with Jotun's underwater robotic hull inspection and cleaning device, as well as its SeaQuantum Skate antifouling coating.