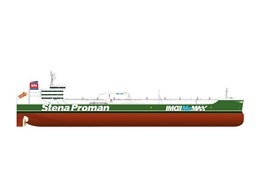 Proman Shipping will be the operator and 50-50 owner of the vessels that have been taken on long term time charter under the name Proman Stena Bulk Limited.

“We are proud to be one of only three companies actively engaged in promoting Methanol as a marine fuel, through this partnership with Stena Bulk,” said David Cassidy, Chief Executive of Proman.

Methanol is an emerging bunker fuel that competes with LNG to be a viable alternative to oil-based bunkers.

Despite number of advantages over its cryogenic counterpart, including distillate-like onboard handling characteristics and availability in many major ports thanks to the existing supply network to meet demand from the petrochemicals industry, its uptake lags significantly behind that of LNG.

Under scheme awarding grants to get product idea closer to market