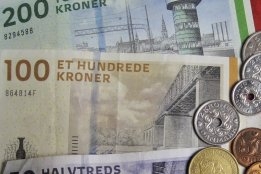 Bunker suppliers and charterers are unlikely to be paid following the collapse of TS Chartering last month.

"Right now, I have to say that there is no specific prospect of creditors getting their money back," Danish news outlet Finans quoted lawyer Kamilla Krebs as saying.

The first report to the probate court shows the firm has debts of DKK 160 million ($23.5 million) consisting mainly of fuel and charter costs, although it is currently unclear exactly what proportion of that is owed to bunker suppliers.

TS Chartering was declared bankrupt in October, and so far the trustee has only found a bank deposit totalling DKK 7,872.86 ($1,150) by way of assets.

Prior to the demise it had five ships on charter that have been returned to their owners, the report adds.

The company has reportedly made a loss every year since being founded in 2012.

Klaveness Combination Carriers has taken on biofuels supplied by GoodFuels for the first time.