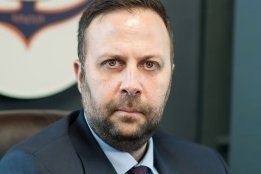 The results of a survey released today by Palau International Ship Registry [PISR] has revealed some surprising results, not least being almost half of respondents saying they believe the January 1, 2020 start date for IMO2020 could change.

Other surprises from PISRs research were that only 34% of respondents said they would "definitely comply" with the new rules.

Participants typically had small fleets operating outside of emissions control areas (ECAs) - 78% of respondents said they manage/operate 1 to 10 vessels and 73% said they do not trade within ECAs.

PISR says it conducted the survey over a six month period starting in April 2019, so it is possible the results are not entirely reflective of how things stand today.

Still, IMO's repeated public assurance that the Jan 1, 2020 date will not change has been making headlines ever since it was decided. In fact, IMO has been so rooted in this position that in January Ship & Bunker rated the certainty of IMO2020 coming into force on January 1, 2020 as "up there with death and taxes," a fact even acknowledged in PISR's results report.

We are very encouraged with many of the results from the survey ... with the majority of responses suggesting it probably would not have much of an effect on their business

"The likelihood of there being a change to the implementation date is very small and in reality it is not going to happen," it wrote in commentary alongside the results.

Nevertheless, the revelation will presumably still be as disappointing for authorities as it is surprising, and sadly the survey's enquiry into compliance offered little solace.

Asked to describe their intention about the IMO 2020 regs, only 34% of respondents said they would "definitely comply" with the new rules. 44% said they were not sure and would "wait and see how the market will react", while 22% said they could not comply as their "vessel(s) will not be commercially viable under this Regulation."

Another surprise in the results came on how respondents thought IMO2020 affects their business.

Over 30% of respondents were neutral on the matter and 25% even felt the impact would be positive - encouraging given the relatively bleak picture of IMO2020 that has been portrayed by some outspoken shipowners and much of the media.

"Our PISR survey has shown that the industry takes these issues seriously," concluded Panos Kirnidis, CEO of PISR.

"We are very encouraged with many of the results from the survey; many of the respondents believe it as a positive step with the majority of responses suggesting it probably would not have much of an effect on their business."

The full results of the PISR survey are available from the Palau International Ship Registry website here: https://www.palaureg.com/wp-content/uploads/2019/10/Palau-International-Ship-Registry-Survey-Report-2019.pdf

But at least one analyst thinks prices will continue to be range-bound in 2020.