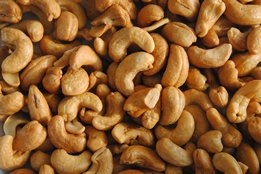 Danish operator DFDS says it is investing in a startup that produces CO2 neutral biofuel bunkers.

MASH Energy ApS currently uses the by-products of nut processing in Tanzania and India to produce the fuel. The residual product can also be used as fertiliser, it says, a factor that also plays a role in achieving the fuel’s CO2 balance.

“Together with Mash Energy, the goal is to develop a commercially viable alternative to fossil fuels, including testing on a DFDS ferry,” DFDS said in a press statement released today.

The investment comprises DKK 10m ($1.5m) made in three stages for a 24% ownership share of the company after the final stage.

"The investment is a result of our ambition to take responsibility for the development of commercially viable biofuel that is a real alternative to fossil fuels and thereby reduce the carbon footprint of our ferries," says Sofie Hebeltoft, Head of CSR at DFDS.

"The aim is also to produce sufficient volume to make the biofuel commercially viable and identify other waste products that can be used to produce the biofuel."

DFDS is not the first shipping company to turn to biofuels to lower its CO2 footprint.

in January, NORDEN said it was partnering with biofuels firm GoodFuels Marine to offer its customers the choice of burning CO2 neutral bunkers at some point in 2019.

As part of fleet renewal programme.