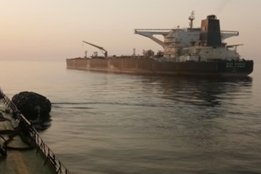 The company made its official announcement today, but commenced its operations in June after receiving its exclusive licence to supply bunkers in the country's territorial waters from the State Company for Maritime Transport, Ministry of Transport, Iraq.

For scrubber equipped vessels, Sea Crown says it is looking to use separate barges to cater to the requirements of LSFO and HSFO RMG products.

At berth bunkering for Basra Oil Terminal (BOT) will be offered in the near future.

Bunkering in Iraq had previously been offered through Al-Iraqia Shipping Services & Oil Trading (AISSOT). That operation ended earlier this year.

Although the bunkering venture new, Sea Crown Marine says it has been offering maritime services in the country since 2005.

The move would make Canada the seventh Arctic country to support the ban.

The business will primarily be selling its bunker management software to vessel owners and managers in the tramp shipping industry.