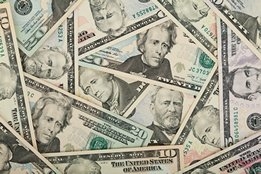 Analyst opinion sees higher pricing for marine fuels as ship operators and fuel sellers stock up ahead of the IMO2020 rule change on the sulfur content of bunker fuel.

In addition, existing refining capacity could fall short of the expected increase in demand, Reuters reports.

"The industry is not ready," Kurt Barrow, an IHS Markit consultancy vice president, was quoted as saying. Barrow has forecast a "sizeable" price increase for diesel.

"You're not going to build enough new refining equipment nor add enough scrubbers" to meet initial requirements for very low sulfur fuel oil, he is quoted as saying.

The pressure is expected to pile up on distillate fuels as they will be the main choice for ship operators to meet the 0.5% sulfur requirement.

However, marco economic factors could also play in moderating the overall outcome.

Citing Bank of America analysts, who this year projected refiners could see a $25 a barrel diesel margin in the fourth quarter from IMO 2020-compliant demand, the report says that they now say that the U.S.-China trade war "threatens to derail" that robust forecast by depressing economic growth.

Certainly, analyst opinion seems to be in line with bunker players as to the timing of change in the market. OceanConnect Marine director Trevor Matthews said last month that the market will start to move from mid-September.

"A massive mismatch exists and somebody will have to absorb it," say Sing Fuels.