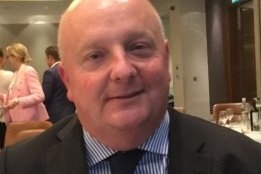 A clearer picture of the pricing of very low sulfur fuel oil should emerge in three months' time as the industry begins the switch to the new IMO2020 grade fuel, a bunker industry executive has said.

"At present, we can say that the compliant fuel will be available," OceanConnect Marine director Trevor Matthews told his company's IMO 2020 Customer Workshop in London.

But come mid-September, the market will start to move. Ship operators are not going to wait until the last week of December before adjusting to the new bunker fuel landscape. High sulfur fuel oil use will start to diminish as fuel tanks are cleaned out in preparation for the switch to IMO2020 grade fuel.

"That's when you will start to see the demand emerge, and that's when the pricing picture will become clearer," Matthews told the workshop.

Until that happens, pricing for the 0.5% sulfur bunker fuel "is largely guesswork".

"People are throwing out prices to see if the industry will pick them up," he said.

Matthews said that Singapore is a bunker market that can give some idea of price differentials —between HSFO and distillates and the premium of VLSFO over HSFO. However, its deep liquidity means that Singapore bunker values are unlikely to be replicated elsewhere.

Conference to take place in London on September 29.