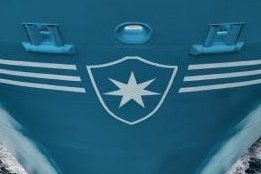 UK-based Global Shippers Forum (GSF) today has hit out at Maersk for what it says is a lack of transparency with its new bunker surcharge that seeks to recover the "presumed" cost of IMO 2020 compliance.

The world's biggest box carrier has taken a strong stance on the use of compliant fuel when the global 0.50% sulfur cap comes into force from January 1, 2020, and has said it expects its annual bunker bill to rise some $2 billion as a result.

But GSF says Maersk could have installed scrubbers and continued burning the same HSFO it does today, rather the choosing to buy more expensive fuel.

"This requires a one-off capital expense, but for shippers this is a better option than paying sulphur surcharges indefinitely," said James Hookham, GSF Secretary General.

"Some of Maersk's biggest competitors are taking this different approach, and customers will be looking at the options and voting with their wallets."

Asking customers to contribute to new environmental costs is to be expected, but this charge lacks transparency

Among other criticisms, GSF says Maersk's formula appears to be unfairly weighted due to a "trade factor" that upscales the costs on head trades and discounts the fuel cost on reverse trades.

"Because the charge is per box, the greater number of revenue-earning boxes sailing west will collectively pay far more than they need to in order to compensate for the same boxes returning east when empty," GSF claims.

The NGO also criticized Maersk for its decision "to help itself to a whole year of higher fuel surcharges" by introducing the surcharge from January 1, 2019.

GSF did not acknowledge that vessels will need to switch to compliant fuel well ahead of the deadline day to avoid noncompliance.

"Asking customers to contribute to new environmental costs is to be expected, but this charge lacks transparency; no data is available to let customers work out how the charge has been calculated," says Hookham.

"GSF will be taking this piece of financial engineering apart piece by piece as we suspect this has more to do with rate restoration than environmental conservation."

PwC accuses the Lim family of "deliberately concealing [Hin Leong's] losses and portraying it as a profitable company when it was in fact massively insolvent."

The Saudi Ports Authority is now banning the discharge of washwater from scrubbers in its waters.

More Weekly Gains For Crude Despite Persistent Fears Over Covid