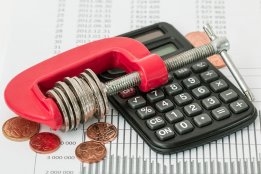 The rate hike is aimed at passing on some of Maersk's increased costs from IMO 2020 on to customers. Image Credit: File Image / Pixabay

Container giant Maersk is set to increase its bunker adjustment factor (BAF) and environmental fuel fee (EFF) by $50-200 per forty-foot equivalent unit because of a rise in prices for very low sulfur fuel oil (VLSFO).

The shipping company is raising the rates from 1 March because VLSFO prices in January have risen by more than $50/mt versus its reference period, it said in a note on its website.

"In recent months, we have seen VLSFO prices increase substantially and more so in recent weeks," the company said.

"The average increase in January thus is expected to exceed USD50/mt."

The company will communicate the actual rate increases by the end of January, it said.

Singapore VLSFO prices were seen over $700/mt from 30 December to 10 January, according to Ship & Bunker price assessments, but have since declined significantly and were at $646.50/mt on Wednesday.

Delays are adding 15 days to off-hire time, according to Scorpio.

Despite VLSFO having only marginally more off-specs than HSFO, it is the critical quality parameters that are often recorded off-spec in VLSFO.