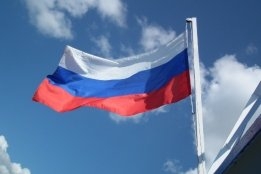 Russia has said it will discontinue selling oil to any country imposing the price cap. File Image / Pixabay

European Union member states have reached agreement on imposing a price cap on Russian crude exports as part of the Western response to the invasion of Ukraine.

Member states have agreed to a $60/bl price cap, the Financial Times reported on Friday.

The initiative will be in place before December 5, when the EU's ban on seaborne Russian crude imports comes into force. The EU will also ban seaborne refined product imports from Russia from February 5.

Questions remain over how widespread the implementation of the Russian price cap will be, with key importers China and India yet to announce their position. Western providers of insurance and shipping services will not be able to work with ships not complying with the price cap, which may limit the number of tankers worldwide that are able to continue carrying Russian crude cargoes priced higher than $60/bl.

For its part, Russia has said it will discontinue selling oil to any country imposing the price cap.