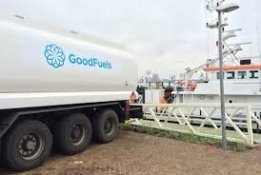 Biofuel bunker producer GoodFuels has hit an important milestone with Royal Boskalis Westminster N.V. (Boskalis) as part of industry efforts to reduce its GHG footprint, with the firm set to operate the world's first dredging vessel on 100% bio-fuel oil.

The trial's significance is that the finished fuel in typical trials of carbon-neutral biofuel are actually 50/50 blends of bio and conventional oil products.

The trial will be conducted on the trailing suction hopper dredger Willem van Oranje as part of the "Boskalis on Bio" pilot program that was launched in 2015.

The key issue with biofuels has historically been the cost, with a 2016 trial by the US Navy drawing particular attention after it was revealed prices as high as $15,000/mt had been paid for product.

Much has changed since then, and current thinking is that biofuel bunkers will play an important role within the industry to meet the IMO2030 and IMO2050 GHG reduction pledges.

Another plus for bio-bunkers today is that, with the GHG reduction targets now set, the cost of drop-in biofuels is relative not to conventional oil-based bunkers but to expensive alternatives that are often unproven in the marine space.

Meanwhile, analysts disagree on the basic health of the crude market.

Experts insist a "tsunami of oil" will create myriad problems.