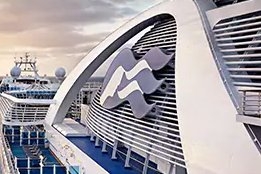 Carnival Corporation's Princess Cruises says it has cancelled the majority of its sailings until December 15, 2020.

All sailings in Asia, Caribbean, California Coast, Hawaii, Mexico, Panama Canal, South America & Antarctica, Japan, and Tahiti/South Pacific are suspended until this date, which is notably several weeks after the latest "no sail" order issued by the US Centers for Disease Control and Prevention expires on September 30.

Cruises sailing in and out of Australia are cancelled through October 31, 2020.

"We share in our guests' disappointment in cancelling these cruises," Jan Swartz, Princess Cruises president, said in a statement this week.

"We look forward to the days when we can return to travel and the happiness it brings to all who cruise."

The news adds to an already bleak outlook for Cruise, which has perhaps been the hardest hit of the maritime sectors in the wake of COVID-19 measures.

While it accounts for a relatively small percentage of global bunker demand, at around 4%, the sector's sharp downturn in fortunes has had a heavy impact on bunker suppliers in certain markets that rely heavily on Cruise.

Knowing when these products will be available is the main challenge at the moment, according to Euronav's CEO.

The UN body's chief will be the opening speaker at the IBIA Annual Convention 2020 in November.