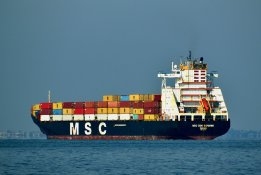 Surcharges on bunker fuel, known as BAF, could be about to stage a return in the market.

The Bunker Adjustment Factor arises when the cost of bunker fuel, in this case low sulfur fuel oil, goes over a contractual price already agreed between shippers and carriers.

According to a straw poll by shipper publication The Loadstar, surcharges are definitely in the pipeline.

"Shippers are being warned of imminent increases in LSFO surcharges, possibly as early as February 1," the publication said.

The prospect of surcharges is unwelcome from the shippers' perspective, a point picked up by an analyst at S&P Global Platts.

"The recent uptick in bunker prices has started to leave some shippers wary, especially as annual contract season starts to roll around, with eyes focusing once more on the bunker adjustment factor clauses in contracts, alongside additional low sulphur surcharges," George Griffiths is quoted as saying.

"These concerns appear to have largely been displaced from the start of 2020, when the pressing nature of these surcharges was offset by the tumbling oil price on the back of the coronavirus pandemic," he added.

For those shipping companies that embraced emissions abatement technology (scrubbers), however, the widening differential between high and low sulfur fuel grades could see them recoup their investment earlier than expected.

Carrier makes it a Merry Christmas for gas bunker advocates with $1bn order.

Meanwhile, the path to normality begins as Britain approves the Covid vaccine.