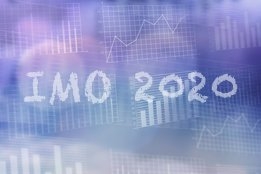 Some of the first general indications and price assessments of 0.50% sulfur fuel oil bunkers puts their premium to HSFO at $100/mt or less.

Pricing for compliant fuel is one of the biggest unknowns of IMO 2020, with many believing it will be the same as the current HSFO / MGO spread - currently around $200-$250/mt in the major ports.

Some, such as Euronav CEO Paddy Rodgers, say their research indicates it will be half that spread; other say it will be significantly higher.

But Taiwan's CPC Corporation Wednesday gave its first general indications for 0.50% sulfur LSFO180, which it priced at 489/mt - a premium of $100/mt over 180 cSt HSFO in Taichung, Kaohsiung, and Keelung, and a premium of $93/mt over IFO180 in Hualien and Suao.

The supplier last week also detailed a number of supply restrictions for the product, which commenced Wednesday in line with the January 1, 2019 start of expanded sulfur regulations in Chinese waters.

"The fact that market participants bid and offered marine fuel 0.5% on the launch day of the new assessments is an indication of the market's eagerness to adapt to the IMO 2020 rules," said Vera Blei, Global Director of Oil Market Reporting, S&P Global Platts.

With the IMO2020 global sulfur cap on marine fuel now less than one year away and 0.50% products having been available in certain markets for several months or more, pricing to date has typically been on a subject-to-enquiry basis.

And while these first signs of a relatively low premium will be no doubt be welcomed by bunker buyers and 2020 optimists alike, Platts reminded there is some way to go before the market gets any real clarity on true pricing levels.

"A relatively narrow spread between FOB Singapore Marine Fuel 0.5% and FOB Singapore 380 cSt HSFO reflects current thin demand for the compliant fuel before its use becomes mandatory from January next year," the agency said.

With the exception of those planning to use scrubbers for their IMO 2020 compliance strategy, the vast majority of the global fleet will move to burning 0.50% products to comply with the new rules.

Industry expectation is currently that those making the switch will do so in the second half of this year.

Maersk's head of decarbonisation sets out how the company will approach renewing its fleet in the coming years as it shifts to using zero-carbon fuels.