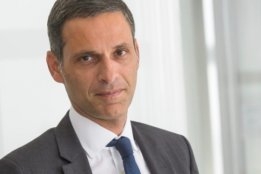 French carrier CMA CGM has announced it will give priority to LNG bunkers to power its future high-capacity container ships.

The decision follows its order in 2017 for the industry's first LNG powered mega-box ships and orders for additional LNG-powered tonnage earlier this year.

As part of the Friday's announcement, CMA CMA vowed it would also not use the Northern Sea Route (NSR), which it says is now navigable due to the effects of global warming.

The firm said the driver for both decisions was to boost its green credentials.

"We make these decisions for the future, to leave our children a cleaner planet. These are brave, bold choices, which go far beyond purely business decisions," said Rodolphe Saadé, Chairman and Chief Executive Officer of the CMA CGM Group.

With respect to its choice to avoid using the NSR, Saadé added the decision will help protect the planet despite the route offering a "major competitive advantage" for shipping companies.

CMA CGM's choice to avoid the NSR is unlikely to be anything but a hit with Green groups, but less clear will be the reaction to its choice to focus on LNG.

While the fuel has unquestioned savings for many emissions - including SOx and NOx, and PM - its performance on GHGs continues to come under scrutiny.

CMA CGM says its use of LNG will reduce carbon dioxide emissions "by up to 20%" which is in-line with the LNG Bunker lobby's official position on "well-to-wake" GHG savings of 21%, but that figure has not been universally accepted.