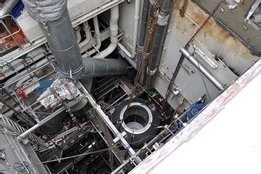 Norwegian research institute SINTEF Ocean says the ongoing use of HFO along with a scrubber can be a favourable choice as part industry efforts to reduce its GHG emissions, mainly because the use of alternatives may not be as beneficial as some suggest.

The comments follow analysis by Chief Scientist, Dr. Elizabeth Lindstad, who recently questioned some of the fundamental assumptions underpinning a major study on GHG emissions from the use of LNG bunkers.

The study in question was released by LNG bunker advocates SEA\LNG and The Society for Gas as a Marine Fuel (SGMF) and conducted by Thinkstep.

The so-called well-to-wake study concluded that, depending on the engine type, using LNG can provide lifecycle GHG savings of between 7% and 21% compared to current oil-based bunkers.

The results from my own calculations indicate that the only LNG option which contributes to reducing GHG emissions, is the 2–stroke high pressure dual fuel option

However, Lindstad says this favourable conclusion relies on certain assumptions relating to thermal efficiency, methane slip, and HFO production that are not reflective of real world use.

"The results from my own calculations indicate that the only LNG option which contributes to reducing GHG emissions, is the 2–stroke high pressure dual fuel option (HP-DF-LNG). For all other LNG options, the GHG emissions increases or are equal to using MGO or HFO," she concludes.

Lindstad also notes the importance of energy consumption in the production of fuels, specifically that more energy is required to produce cleaner distillate fuels than HFO.

"With new modern refineries set up to convert crude into higher priced products, HSFO will, from 2020, be delivered from existing refineries where its share of energy consumption can be considered to be next to nothing," she says, adding that Thinkstep did not adequately take this into account as part of its own calculations.

Given that from January 1, 2020 the IMO2020 global 0.50% sulfur cap on marine fuel will mean only ships fitted with a scrubber will be able to continue using HFO, Lindstad's findings have been welcomed by Clean Shipping Alliance 2020 (CSA2020) who since last year have been advocating for the use of scrubbers.

SEA/LNG has told Ship & Bunker it stands by the findings of its well-to-wake study, while Thinkstep is understood to be in the process of preparing an official response to Lindstad's calculations.

The new report has been jointly produced by Ship & Bunker and SeaCred.

A new scheme covering several ports may come into operation at the start of next year.