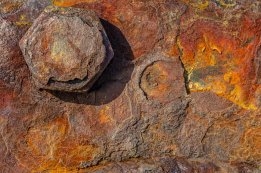 Corrosion in the pipe taking scrubber washwater off the ship may risk leaks. File Image / Pixabay

Repairs to scrubbers may be needed as little as six months after installation in some cases, according to engineering company Hydrex.

"In general we see most problems occurring within six months of installation of the scrubber," the spokesman said.

"Usually a permanent repair in the form of a pipe replacement is chosen, this in combination with Ecospeed, a coating system of our sister company, for lasting protection."

The repairs are needed when the washwater pipe becomes corroded, risking water ingress.

"Inside any scrubber where the sulphur is scrubbed from the exhaust, the washwater becomes very corrosive," Per Bjärkby, technical manager at Yara Marine Technologies, told Ship & Bunker by email Friday.

"This needs to be considered when designing/selecting materials for outlet piping -- all the way from scrubber drain to hull outlet, i.e. overboard pipe."

Classification society ClassNK warned of this problem in April, saying it had received several reports of similar issues.

"Until now, the leakages were detected at an early stage and did not cause heavy water ingress," ClassNK said.

No reports have yet emerged on how widespread this problem is. The general impression in the shipping industry is that it has been models bought from some of the smaller, newer entrants to scrubber manufacturing, rather than more established brands, that have caused problems.

"For the overboard discharge Yara performs design engineering and recommend materials to be used," Yara's Per Bjärkby said.

"However, the overboard piping and material selection is usually in the yard delivery scope."

Quadrise uses its MSAR technology to emulsify bunker fuels with water, producing a fuel with lower emissions by mass.