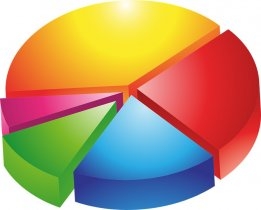 Alternative fuels are set to take a growing share of bunker demand in the coming years. File Image / Pixabay

Ships capable of running on alternative bunker fuels took up 61% of newbuild orders by tonnage in the first half of 2022, according to Clarksons Research.

A total of 268 newbuilds capable of running on alternative fuels were ordered in the first half of the year, taking up 61% of the total orders by tonnage, 38% by the number of vessels and 68% by contract value, Clarksons said in an emailed statement on Wednesday.

59% of the total by tonnage were LNG dual-fuelled, 1.6% were methanol-fuelled, 0.3% were ethane-fuelled and 0.8% included battery hybrid propulsion.

"We are projecting that 5% of global fleet capacity will be alternative fuelled by the start of 2023," the company said in the statement.

Some 4,730 ships in the global fleet now have scrubbers fitted, representing 24.5% of global tonnage.

"While scrubber retrofitting activity has slowed (June 2020: ~100 per month, June 2022: ~15 per month), newbuild uptake grew slightly in 2021, with 268 newbuild orders for scrubber-fitted units reported across the full year, including 198 containerships; 26 scrubber fitted units have been ordered in 2022 so far," Clarksons said.