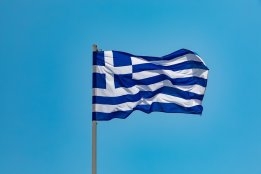 A court in Greece has overturned an earlier ruling that allowed the US to confiscate an Iranian oil cargo from a tanker detailed in Greek waters.

The appeals court in Chalkis overturned the ruling earlier this year that the US authorities could confiscate part of the Iranian oil cargo held on board the tanker Lana, detained off Evia in April, news agency Reuters reported on Thursday.

Part of the cargo was confiscated in May before being transferred to another tanker, and the Lana was subsequently released.

In an apparent response to the oil confiscation, Iran detained two Greek tankers in the Middle East Gulf last month.

Arte Bunkering Hires Trader in US From ZeroNorth

Cihan Birdogdu has joined the company as a bunker trader in the US as of this month.

On Thursday the company took delivery of the LNG-fuelled Aframax tanker Okeansky Prospekt.