VIEWPOINT: Are We in the Bunker or Banker Business? 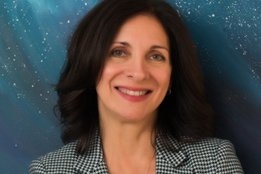 Eleven years ago, I was working as a trader in an international trading firm situated in Greece. When our customer delayed a payment and asked for further extension on his agreed terms, I recall our manager humorously and in a Greek accent instructing the accounting department, "tell them we sell bunkers; we are not bankers!" I chuckled at his pronunciation as he emphasized the "u" against the "a" letter in each word respectively, showing the similarities of the words and yet very different meanings of each.

Since then, one financial crisis after the other, bunkering has indeed become more like banking.

First and foremost, for an end-user to purchase bunkers these days whether it is straight from the source or via a re-seller (trader), he must get credit approval. Before the credit approval, there must be due diligence, KYC reporting, audited financials besides asset declaration, and trader refs, banking style. One might think one was getting a loan.

Normally, today's marine fuel buyers do not think they are getting a loan when they are procuring fuel for their company's vessels, because they are focused on getting a competitive price, good quality, punctual delivery, and move on to operating their fleet. But every time they place a fuel order, it is like they are getting a loan. In real terms, they are buying a commodity, in a virtual market, because it is contracted to a derivative facility/bank and is treated like a loan.

This was revealed after the O.W. Bunker company went bust. So many buyers had to pay the derivative bank, ING, behind O.W. and the suppliers for the same bunker deliveries. I call it "double-dipping" into the ship-owners' pockets.

It was, therefore, an inevitable consequence of the domino effect bankruptcies in an already vulnerable financial environment in the supply value chain, coupled with new costly regulations on the ship-owning side (whether you are a seller who owns fuel tankers or end-user) that banks – derivative banks - would enter the bunker industry.

when banks stopped offering loans so easily to shipping, after 2008, they slowly assimilated into supporting trading and supply facilities

It seems that when banks stopped offering loans so easily to shipping, after 2008, they slowly assimilated into supporting trading and supply facilities where risks are lower and profits higher. Soon after, fund groups left shipping, they found themselves backing or buying out large long-time standing suppliers and traders, as well. In fact, many ex-investment bankers and heads who once worked for the large investment firms ands/or derivative banks, have been the game changers leading the bunker/banker industry that has now emerged.

for me who brokers bunkers to end users, it feels like I am buying and selling stocks every time a "time validity" is attached to a Bunker Price Offer

A Wall Street Journal article on May, 12, 2014, stated that Mr. Shenouda was hired in 2013 by London- Swiss Mercuria Energy Group and had previously spent 14 years at Goldman Sachs running the bank's European crude-oil and oil-products and gas- and power-trading desks.

It is no surprise, that we went from establishing vendors' credit lines basis our reputation and the magic words: "I know the owner and have seen consistent and current punctual payments within agreed terms" to establishing credit lines after disclosing ship-owner's audited financials and using sophisticated financial methods to evaluate and determine who gets what credit line. After all, the purchase orders must be insured, and the insurance companies also need assurance in order to approve the insurance coverage.

Secondly, for me who brokers bunkers to end users, it feels like I am buying and selling stocks every time a "time validity" is attached to a Bunker Price Offer. These time validities that secure the price/product/barge sort of sneaked up on us and are not practical to the end – user who requires time to decide, to calculate and assess the vessels bunkering/voyage options. I don't recall when they began and many of my clients who are port captain operators do not like them nor follow them many times to their detriment as the next offer is usually higher.

Let's face it. Like in the adage "gone fishing", the bunker industry has "gone banking".
Only difference is, it is not relaxing. 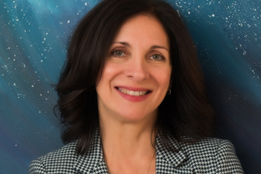 Irene Notias is a bunker broker in the international bunker industry for 21 years and in the Shipping industry for 8 years. She is the founder and Managing Director of Prime’s Bunkersplus Services, a bunker buying management service provider geared to handle the substantial transitions in the bunker and shipping industries, due to IMO’s new 0.5% max sulphur fuel oil regulation. She has held Sales & Marketing Manager positions in 2 international known trader / supplier firms respectively and remains one of the few independent and consistent bunker brokers, specialized in the Greek market.

Her company offers a wide range of related services to an impressive client portfolio of Greece’s most popular shipping companies. The company has earned the respect of an extensive network of suppliers and re-sellers in all of the world-world ports.

Prime’s Bunkersplus Services is a spin-off company of Prime Petroleum Services, Inc., the small Greek based bunker broker company she started in 2002. Originally from the Ship owning sector, Ms Notias, switched over to the marine fuel business in 1998 and has practically made buying bunkers a management science. Ms Notias holds a Bachelors of Business Administration from Pace University majoring in International Management, which is the study of management of all the departments of multi-national corporations – from accounting to marketing to management science.

Ms Notias is an active member of IBIA and its Ethics and Business Practices Working group since it began in 2017. She has authored numerous articles on bunker buying strategies, tips and developments educating buyers. Her favorite article was published in Elnavi’s March 2015, “ Physical Suppliers: Understanding the supplier sector is important to Greek shipping” which basically says “Suppliers are Owners too.”

Johannessen is set to join Alfa Laval's energy division as of June 1 with responsibility for business development in fuel cells and energy storage.

The company has signed a memorandum of understanding with Nihon Shipyard and Mitsui & Co to cooperate in the development of zero-emission vessels.

Vessel to use ultra-low sulfur diesel.