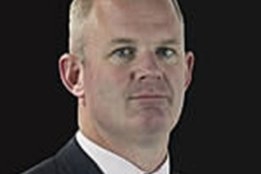 Cameron Mackey, Chief Operating Officer at Scorpio Bulkers, has suggested shipowners are struggling to understand the viability of scrubber technology as a solution for sulfur emissions rules.

In addition to concerns over scrubber waste management, "[a]nother factor people are struggling with is existing scrubber technology and whether it really works well or not," Mackey said, who was speaking during the company's recent 1Q 2017 earnings call on its planned response to the 0.50 percent global limit on sulfur in bunkers that is set to come into force in 2020.

"I think we consider it still very early. There are a number of assumptions that people are struggling with, obviously," said Mackey of the company's plans for 2020 compliance.

Mackey says shipowners are working to understand how refiners will respond the requirements and the related impacts those decisions will have on bunker prices.

I think we consider it still very early. There are a number of assumptions that people are struggling with, obviously.

While Scorpio Bulkers is looking at scrubbers as a compliance option, MacKey says the company still has reservations.

"One of the biggest concerns we have about the scrubber regulations is this concept that by virtue of taking pollutants in the air and putting them into the sea, you're actually making the problem disappear. Well, we know that's not the case and we consider it only a matter of time before closed loop scrubbers become required, not just open loop scrubbers," said MacKey.

Scorpio Bulkers is said to be holding ongoing conversations with the cruise industry and ferry industry in order to learn about benefits and challenges of utilising scrubber technology.

"There still is time. We're skeptical of the regulatory landscape in light of other experiences in our industry, but watching it very closely and we'll make a decision as we get closer to or get our hands around some of these assumptions," said MacKey.

Earlier this month, Ship & Bunker reported that Paul Nix, General Manager of Terminal Operations at Gulf Petrochem Pte Ltd (Gulf Petrochem), has said that there is currently "no incentive" for the shipping industry to make preparations to comply with the global 0.50 percent sulfur cap.

The final deadline for BWMS installation was postponed to September 7, 2024 by the IMO in 2017.

The NEREUS platform allows users to buy their bunker fuel through it, as well as including oil-price forecasting and post-fixture process management systems.

The newly merged company will continue to operate under the name International Seaways.