IBIA: Your Voice at the IMO 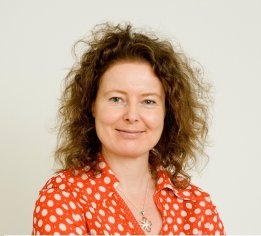 Regulations and associated guidelines developed by the International Maritime Organization (IMO) affect the supply and use of marine fuels in many ways. As an NGO with consultative status at the IMO, IBIA has the right to attend IMO meetings to represent our industry's interests and provide relevant expertise to the IMO's work and deliberations.

IBIA is unique among the NGOs at the IMO. We are the only NGO to represent fuel oil bunker suppliers directly. We are also able to bring a holistic view because our membership encompasses stakeholders across the marine fuel value chain: marine fuel producers, physical suppliers, trading and broking intermediaries, marine fuel consumers and a range of associated stakeholders and service providers such as fuel testing agencies and surveyors, storage providers, maritime lawyers and consultants, port authorities, credit reporting companies and specialist journalists.

IBIA keeps a close watch on all IMO work that has a direct or indirect impact on the supply and use of all types of marine fuels.

IBIA keeps a close watch on all IMO work that has a direct or indirect impact on the supply and use of all types of marine fuels, or 'bunkers'. This is still dominated by oil-based bunker fuels, but it is beginning to change as pressure grows on the IMO to develop policy tools to deliver big cuts in greenhouse gas emissions from international shipping in the coming years. There is also work under way at the IMO to impose further regulations directly on fuel oil bunker suppliers.

Without IBIA being active at the IMO, the development of regulations that affect our industry would be left almost entirely to IMO Member States and the large number of shipping organisations and associated bodies, as well as environmental organisations with consultative status at the IMO, many of whom view the bunker industry with deep suspicion. As IBIA's IMO Representative, I can tell you it can be a tough gig to be heard and understood, but we fight your corner as best we can by providing insights, reasoned arguments, and pragmatic solutions.

It can be a tough gig to be heard and understood.

In the past couple of years, IBIA has contributed to the work of IMO through submissions, either on our own or as a co-sponsor, to the Marine Environment Protection Committee (MEPC) and the Sub-Committee on Pollution Prevention and Response (PPR), and most recently to the Sub-Committee on Implementation of IMO Instruments (III). Much of this has been follow-up items relating to consistent implementation of the 0.50% sulphur limit.

Meetings at the IMO are coming thick and fast, but as they have been taking place online since the second half of 2020 due to Covid-19 restrictions, they last for only three hours because they need to accommodate delegates across all time zones. To get things moving, a lot of work goes on between the formal meetings.

I am striving to ensure that IBIA keeps an eye on, and takes part in, all IMO activities that touch on issues that have a direct or indirect impact on our members. Without IBIA, the perspective and understanding of the bunker industry may not be heard at the IMO.