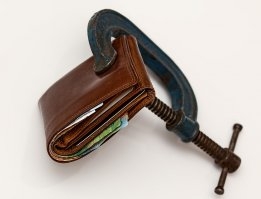 Shipowners will pay more for fuel in 2020 (file image/pixabay)

The price of low sulfur fuel oil (LSFO) come 2020 seems to be preoccupying shipowners if a panel debate on the topic during London International Shipping Week (LISW) is anything to go by.

"The cost [of LSFO] will be outrageous in the beginning of 2020," Grimaldi Group managing director Emanuele Grimaldi told an International Chamber of Shipping conference panel as quoted by maritime news provider Lloyd's List.

However, the shipping executive added that the high price would probably not sustain itself as the cost of producing LSFO is "not so high".

Bunker suppliers speaking to Ship & Bunker on the sidelines of another LISW event held earlier in the week agreed with that outlook.

"The first six months [of 2020] will be difficult but then it should settle down as players become used to the new reality," said one major European physical supplier.

In terms of the total demand for LSFO in 2020, bunker analysts speaking during LISW are more or less on the same page.

Petroleum Argus economist Alan Hayes was more cautious putting the figure at 196 million mtetric tonnes (mt) including distillates and high sulfur fuel oil with exhaust abatement technology. But of the 100 million mt of distillates, just over half would be in the market in 2020, with 45 million mt available based on refinery investment plans.

Will take a 40% stake through investment with Mitsubishi Corporation.